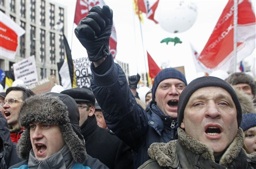 It has been a remarkable year in many respects with a continuing catalogue of financial, political and environmental upheavals that affected both New Zealand and many other nations across the planet. However, it has been both inspiring and satisfying to witness the extent to which the Internet played a significant role in the human responses to such challenges.

For example, as Kiwis were sitting down for Christmas dinner a wave of consumer activism was spreading around the world in response to the proposed SOPA bill in the United States which proposes far reaching reforms in an effort to counter intellectual property piracy. The much criticised bill seeks to protect digital rights for artists, but ironically imposes a burden on all Internet companies that enable the creation, sharing and hosting of online content. That’s a situation which New Zealanders already have some familiarity with when we think about the impact of the so-called “Three Strikes” legislation enacted here this year.

The global Internet community was stunned to learn the names of some of the large technology corporations that were backing the bill, including the world’s largest domain registrar, and a rallying cry went out to support a consumer boycott. For many it was the last straw as dissatisfaction with that company had been growing for some time. Consequently we’ve set up a service to make domain transfers easy over the holiday season.

Despite some commentators questioning whether or not a protest would be meaningful, the boycott appears to have made some major tech businesses sit up and take notice. With Sony, EA and Nintendo reportedly back-peddling on supporting SOPA in its current form it seems like the business world has been forced to think more seriously about the wider implications in terms of how the bill affects Internet freedom.

Of course there were far more dramatic cases of Internet activism in 2011, with corrupt regimes dropping like dead flies as social media fueled protest drew thousands of disaffected citizens onto the streets. 2012 will no doubt continue to illustrate why we need a free and open Internet unfettered by governments and corporations.